Grenna Museum displays parts of Gränna’s rich history, and our local history exhibitions can be found in Franckska gården, a house from the middle of the 17th century. There are seven small rooms with different themes, for example the “decade room” which now depicts Gränna in the 1960s. There, of course, is also Amalia Erikson in her kitchen. In the same room, you can sit in a sofa and watch films from Gränna, dated from the 1930s to the 1960s. The contents of the seven small rooms change over time. Right now, the 15th-century sword from the depths of Vättern is being shown, as well as a staging by Fredrik Hård af Segerstad’s small fine sculptures – “Biology in sculpture” – of life at Reaby Brånsgård around 1900. In the northern part of the building, the exhibition “Female photographers in Gränna” is currently on display.

In the city’s streets and town squares, you will also find information boards that give overviews and brief impressions of the city’s history. There is also an information trail on Grännaberget with a lovely view of the city, Lake Vättern and Visingsö.

Franckska gården is the yellow building located along Brahegatan, just south of the town square. It is thus located in the same area as the rest of the museum. The house is named after Miss Valborg Franck who, during the period 1875–1925, ran a private school in the same house. Please note that admission to the exhibitions in Franckska gården is free. 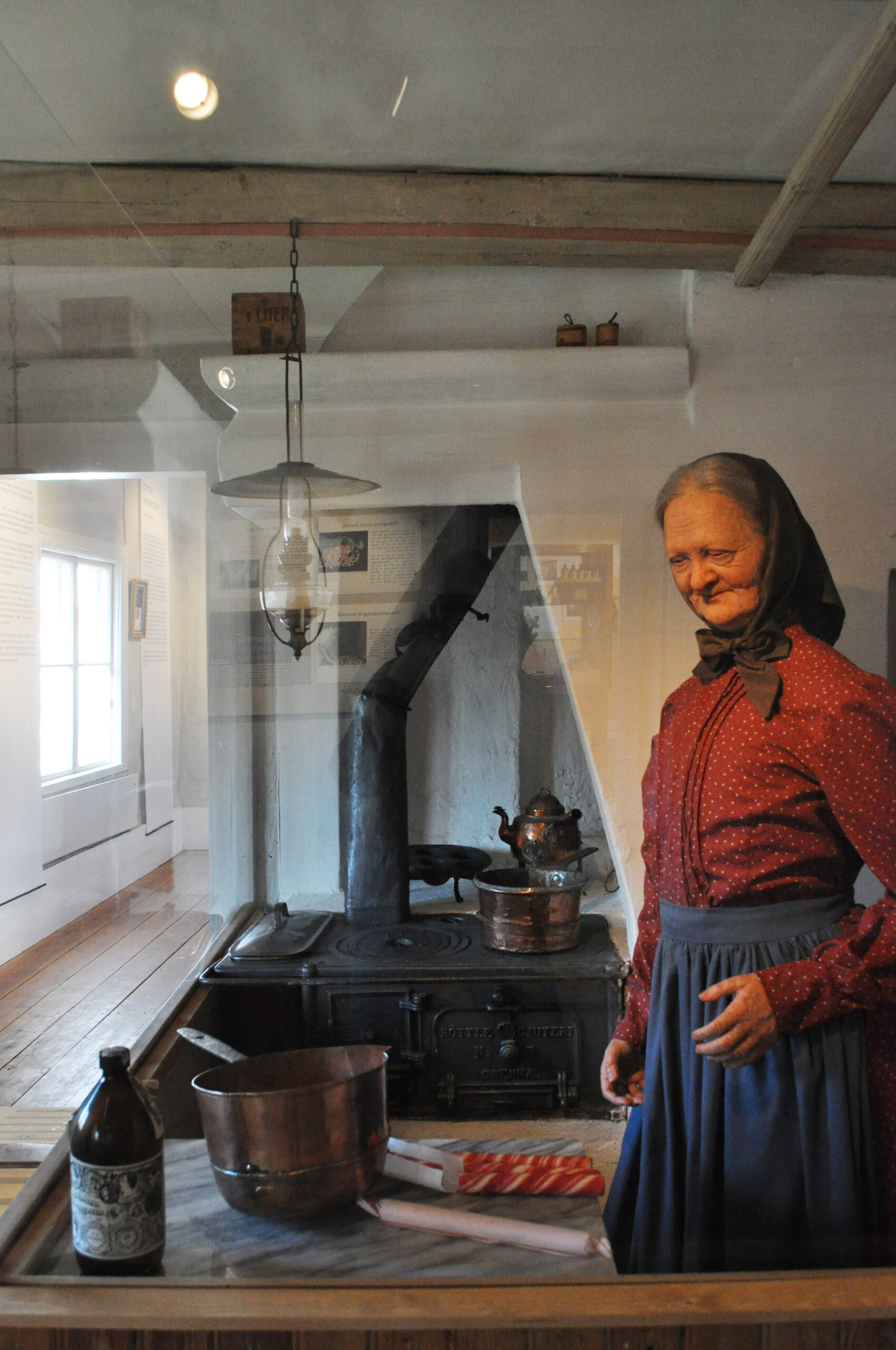